CSS Position Relative vs Absolute, how do they differ?

Welcome to my CSS playlists, where we will be covering all CSS(mmmm...most of it), tough or would say tricky topics to understand. In this posts, we will explain the concept clearly to understand it better, as this is one of the most important topic that would be asked in an interview.

In our list the first place goes to CSS positioning. Without further ado, let's get into the explanation part.

The Position property can help you place the content wherever you like (you can manipulate the element) with respect to the parent element.

The two main giants in the positioning world are:

In the relative positioning property the element's box position is calculated according to the normal flow. Then the box is shifted from this normal position according to the properties — top or bottom and/or left or right.

In the below code snippet, i have 2 div blocks of classes box-1 & box-2 and some basic styling for those. 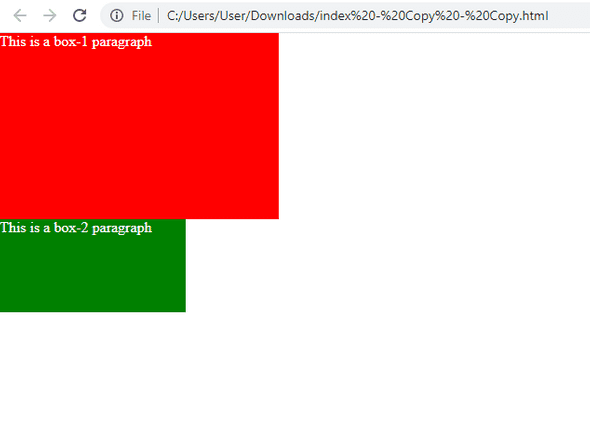 As you can see, normally the positioning of the div elements go with the normal flow of the document, in background if you look upon the positioning property of the body element it's position: static. You don’t necessarily need to call out static positioning, as it’s the default for every HTML element.

If you give position: relative to the box-1 class, then the element's box position is calculated according to the normal flow. Then the box can be shifted from its normal position to somewhere you like with properties -- top or bottom and / or left or right.

In the above class, we have added relative positioning to the box-1 class with property top of 50px which will push down the box to 50px. 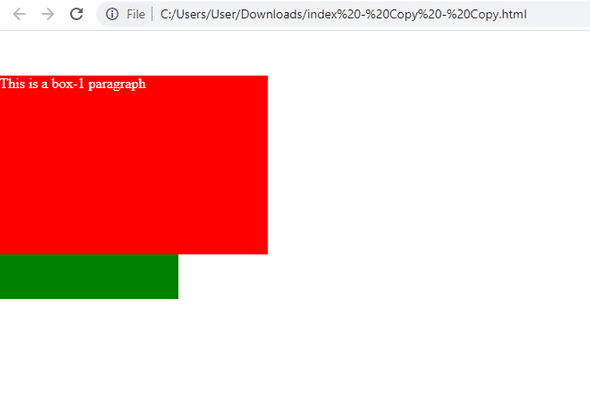 As you see, from the above output, the box-1 element moved downwards 50px without affecting the other element (box-2) down there. It will take the current position as the start position to translate. This is the main advantage of the relative positioning that the other elements position be affected.

An absolutely positioned element is positioned relative to the first parent element. If there are no parent element found, it will incharge the parent as the browser window, aligning it as per the top/left property.

Unlike relatively positioned element, the div elements won't have normal flow when it is assigned position: absolute. Like, it will be pulled out from the normal flow and will be placed on top of everything.

I removed the position: relative in box-1 element and added absolute positioning class in box-2 element. So it's clear that there is no parent element that has the property absolute. Let's see how it behaves. 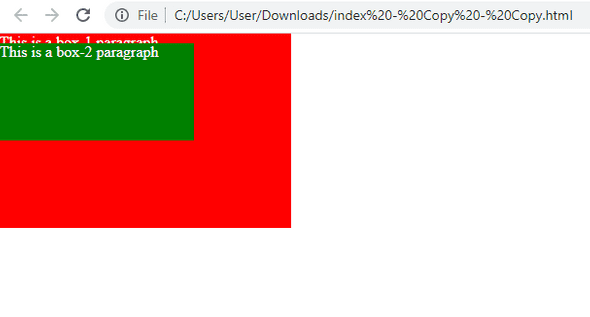 As you can see, it took the browser as parent and aligned it towards the top 10px.

The bad part of absolute positioning is that it disturbs other elements that are behind them. The other elements will get distorted and moved upwards if the before element is positioned absolute.

Now, the other case is, we will have a box-2 inside box-1 to see how it behaves.

In the above code snippet, we can see that the box-1 is the parent of box-2. Hence the box-2 which is positioned absolutely will check for whether the parent element is positioned relatively so that it can take it as a reference and move accordingly. But in this case, it's not. So it will adopt browser as its parent. Ouput below.

Box-2 aligned with respect to browser with top 10px. 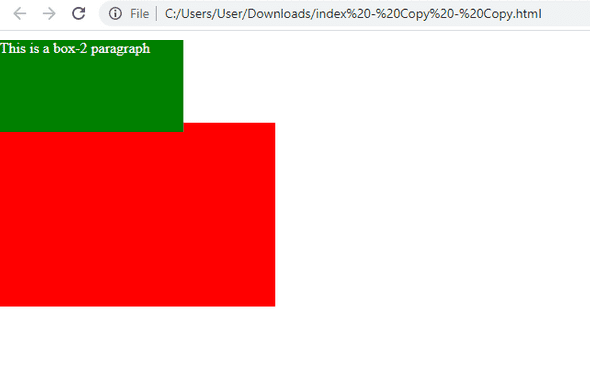 Now i will assign box-1 element as parent of box-2 and see what happens. 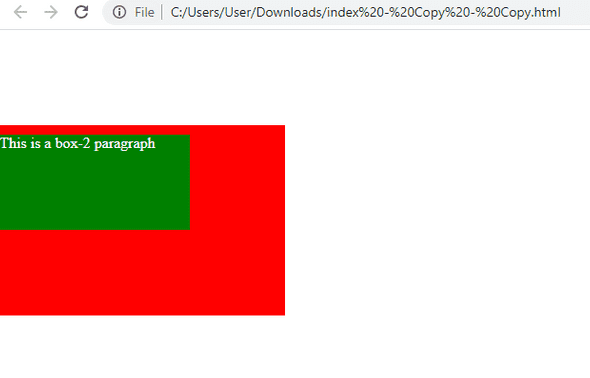 Now the box-2 will be moved with respect to the position of box-1 because of the post it has, PARENT. I think now you got your understanding clear on how to lay out the elements position in workspace. Hope you learnt something and enjoyed it!

The best way to understand the CSS Position Property is by practice. Keep coding until you have a better understanding. Hands-on experience with the techniques will help you understand them more thoroughly.

If you want to learn more about front end web development, feel free to follow me on Youtube channel link

Thank you for reading!